The history of Tucumcari began three miles north of its present location with a snowstorm in November 1901 in Liberty, New Mexico.  Two men stranded in the storm revealed to those present they actually worked for the railroad coming soon to the area. They said the railroad would pass between the Canadian River to the north and Tucumcari Mountain to the south.

Five men from Liberty, brothers Max and Alex Goldenberg, their brother-in-law Jacob Wertheim, and partners of the saloon Alex Street and Lee Smith filed on land north of Tucumcari Mountain and each gave a portion of their land to form the Tucumcari Townsite Company. With the word out, others followed in hopes of cashing in and by January 1902 it was estimated there were about 600 people living in tents in the area. The new community gained the nickname “Ragtown” because of people’s belongings blowing in the wind. 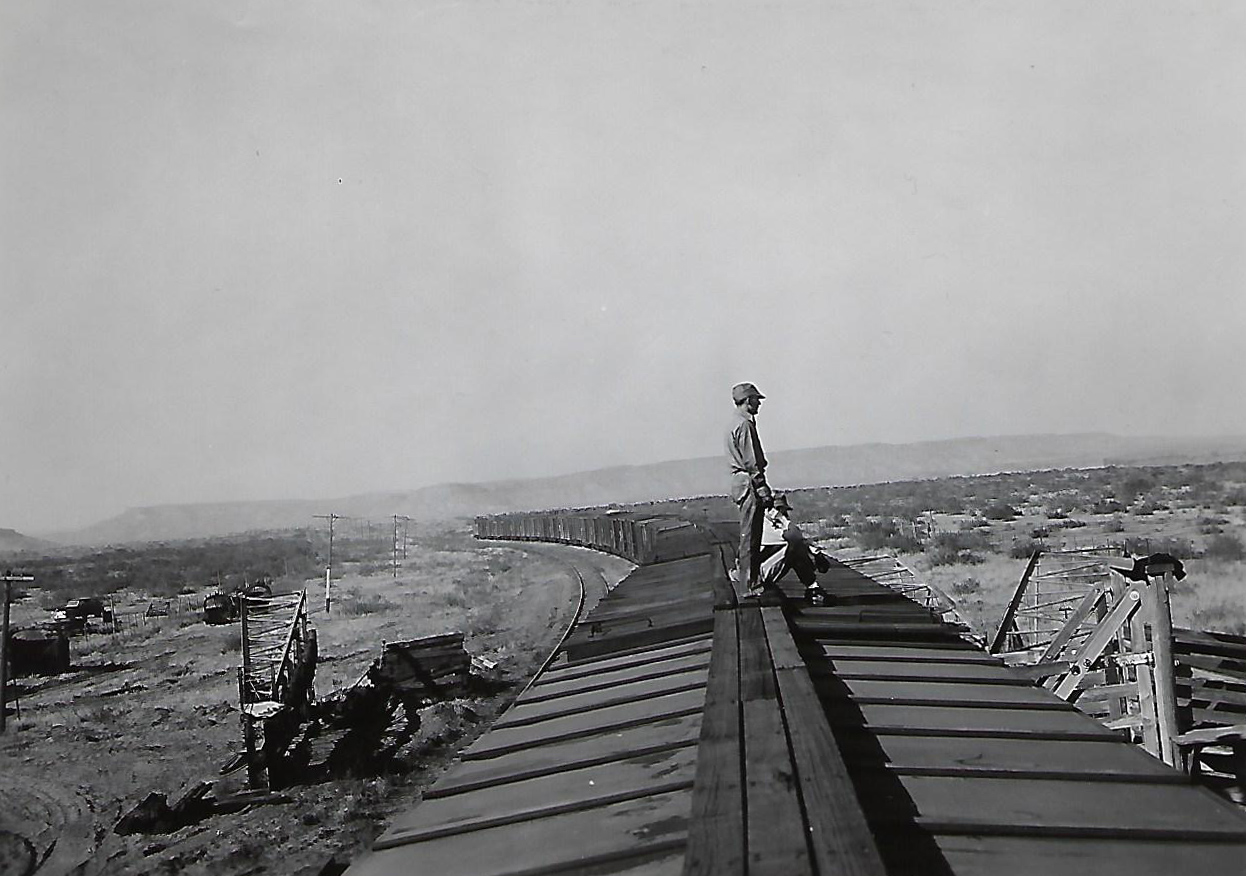 When the first train pulled into town in March 1902, the railroad first thought of calling it “Six-Shooter Siding”. The new community had a wild reputation of being a gathering place for outlaws and the frequent gunfire heard. Instead it was called “Tucumcari” after the nearby mountain. Tucumcari came to be because of the railroad but ranching, farming, and tourism contributed to its growth.

Frequent droughts drove away some of the homesteaders, but the Depression and the Dust Bowl days of the 30’s proved a greater threat. The arrival of the Civil Conservation Corps (CCC) camp and the Corps of Engineers helped turn around the economic situation. Many local men were hired to work on the construction of Conchas Dam to the north which in turn helped local businesses.

After World War II, Tucumcari received its greatest influx of residents with the arrival of former soldiers and their families. Housing shortages led the way to a housing boom as the town swelled to almost 11,000 people. New businesses were established and schools built to handle the sudden growth. Prosperity continued through the late 40’s until 1968 when passenger service of the railroad ceased and the decision was made to close the roundhouse and move approximately 100 families. 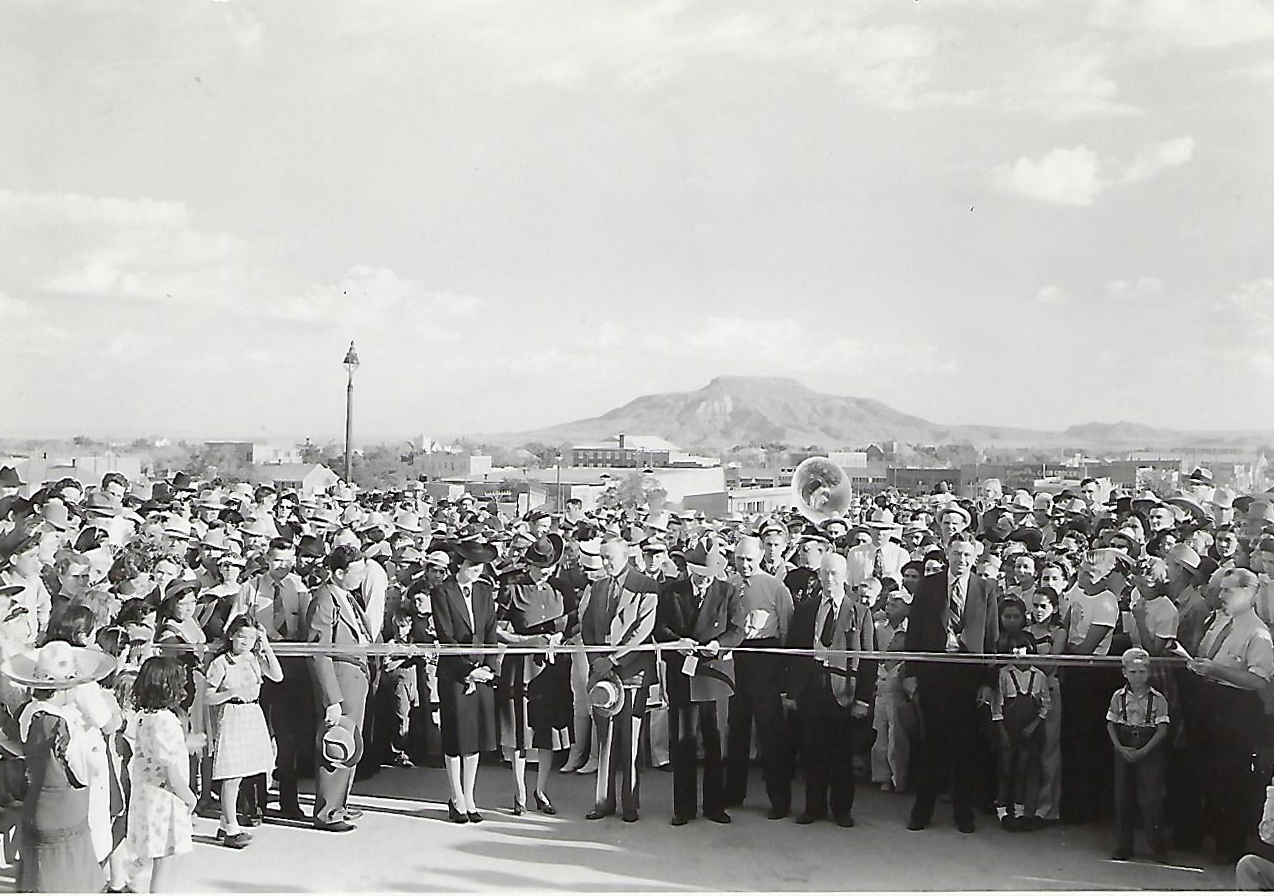 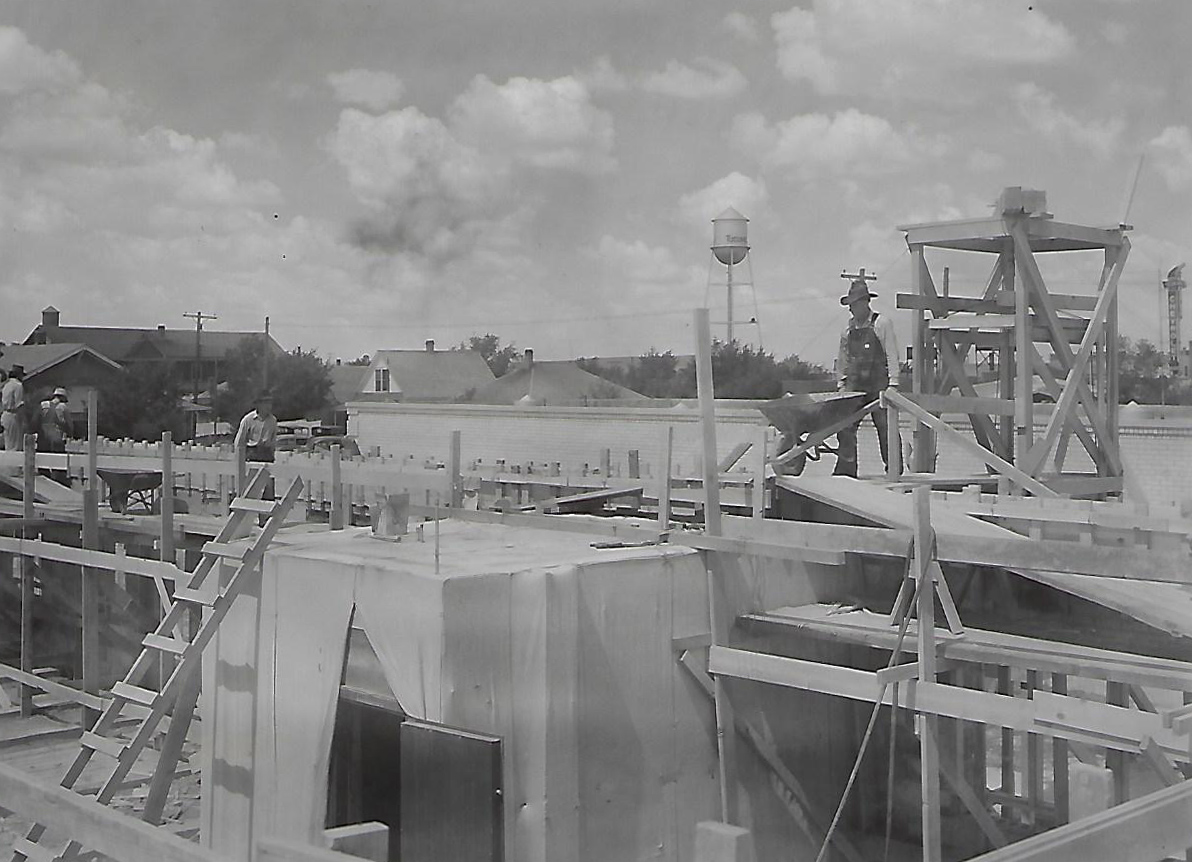 Although the population dramatically decreased, tourism remained a vital part of the community. During the 1950’s and 60’s, numerous motels, restaurants, service stations, and curio shops lined Route 66 through Tucumcari. At the same time, Main Street thrived with business. On Saturdays, people from town and the country flocked to Main Street from early morning until late in the evening.

Another downturn in the economy during the 1970’s and 80’s saw the closing of many of the businesses on Main Street. Continued tourism and the arrival of several trucking companies helped boost the sagging economy.

Today, the trucking companies are gone and several of the motels, restaurants, and service stations are also closed. Many were torn down or converted into other businesses while new businesses sprang up near the exits on Interstate 40. Population has dwindled to approximately 5000, but the pioneer spirit continues for those who are committed to keep the town founded over 100 years ago alive.